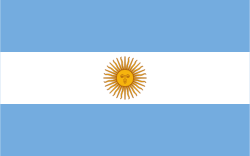 The Ministry of Defence of Argentina assists the Argentinean Presidency in its responsibilities related to national defence. Founded in 1958, the main activities of the Ministry of Defence involves the planning, direction and execution of research and development; understanding the administrative, legal and logistical aspects of defence issues; planning and coordination of civil defence and ensuring the contribution of military personnel to UN peace operations. Assisting the Minister of Defence on military strategy planning in coordination with the Armed Forces in the National Defence System is the Argentine Armed Forces Joint Staff. The Joint Staff contributes to national security by protecting and ensuring independence, sovereign and territorial integrity and resources of the nation against potential external threats.

Centro Argentino de Entrenamiento Conjunto para Operaciones de Paz (CAECOPAZ) trains troops and individual personnel to be deployed in UN peacekeeping operations. Created in 1995, CAECOPAZ, dependent on the Operational Command of the Joint Staff, generates the main outputs of training of military and civilian personnel to perform tasks in peacekeeping operations, or other organizations, according to the standards set by the United Nations; supports the readiness of contingents in their pre- and post-deployment phases and evaluations of personnel to be deployed by the Armed Forces Joint Staff.

In 2001, Argentina hosted a Challenges Seminar on the theme ‘How to Determine Success in and of Peacekeeping Operations’ with a particular focus on education and training and including a visit to Exercise Cabanas taking place in Salta, and to military and police peacekeeping training centres. Again, in 2013, the Challenges Annual Forum was hosted by Argentina, the focus of deliberations was ‘Strengthening UN Peace Operations: Modalities and Opportunities for Regionalized Contributions’. Argentina regularly translates Challenges Forum reports and material into Spanish.