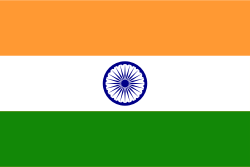 The United Service Institution of India (USI) was founded in 1870 for the furtherance of interest and knowledge in the art, science and literature of national security, defence strategy and international relations. The management of the USI is a Council composed of 24 members. The Director is the Chief Executive Officer of the Institution and a member of the Council.

In 2013, the Swedish Armed Forces and the USI co-hosted a workshop at the UN Regional Service Centre in Entebbe on the theme ’The Art of the Possible: Peace Operations Under New Conditions – A Dialogue with the Field Community’.