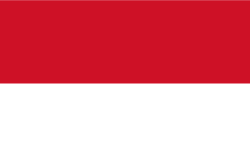 The Indonesian Ministry of Foreign Affairs joined the Partnership in the fall of 2014.

The issue of UN peacekeeping is one of the priorities of Indonesia’s non-permanent membership in the UN Security Council, in an effort to contribute to strengthening the ecosystem / geopolitics of global peace and stability. The issue of the issue of peacekeeping is also based on Indonesia’s credentials as the largest T / PCC for the United Nations MPP among the fifteen member countries of the UN Security Council for 2019-2020. Indonesia will therefore pay great attention to peacekeeping issues, including aspects of personnel safety and security and aspects of increasing the role of female peacekeepers.

Indonesia’s contribution to the UN peacekeeping began in 1957, when Indonesia sent 559 infantry personnel as part of the United Nations Emergency Force (UNEF) in Sinai. The faith follower was followed by the contribution of 1,074 infantry personnel (1960) and 3,457 infantry personnel (1962), as part of the United Nations Operation in the Congo (ONUC) in the Republic of the Congo.Currently, the number of Indonesian personnel serving in various UN MPPs (according to joint data as of 30 November 2018) is 3,544 personnel (including 94 female personnel), and puts Indonesia in 7th place out of 124 Troops / Police Contributing Countries (T / PCC). The Garuda Contingent’s personnel and troops are on duty at 8 (eight) UN MPPs, namely UNIFIL (Lebanon), UNAMID (Darfur, Sudan), MINUSCA (Central African Republic), MONUSCO (Democratic Republic of Congo), MINUSMA (Mali), MINURSO (Sahara West), UNMISS (South Sudan), and UNISFA (Abyei, Sudan).

Under the Presidency of Indonesia, the Challenges Forum was invited to the first of two open debates held in the UN Security Council in May 2019. The focus of the debate on peacekeeping operations was on training and capacity-building to improve the safety, security and performance of UN Peacekeepers. The Ministry of Foreign Affairs of Indonesia furthermore hosted a Challenges Forum workshop in Bali, 2016. The theme of the workshop was how to strenghten collective preparedness for future UN Peace Operations.