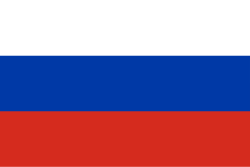 Center for Euro-Atlantic Security of the Moscow State Institute of International Relations, Ministry of Foreign Affairs in cooperation with the Center for Political and International Studies.

The Center for Euro-Atlantic Security (CEAS), in the Institute for International Studies, Moscow State Institute for International Relations (MGIMO University) under the Russian Ministry of Foreign Affairs is one of the main Moscow-based Russian research centers concentrated on the studies of Russia’s relations with the international institutions (UN, EU, OSCE, NATO, CSTO, SCO, etc.) and major Euro-Atlantic powers in the area of international security, arms control and disarmament, and Eurasian security architecture.

CEAS was established in 2004 and brings to bear the combined knowledge resources of the MGIMO University, the Institute for World Economy and International Relations, the Russian Political Science Association, and is since 2008 a part of the MGIMO Institute of International Studies. The center works in close coordination with the Ministry of Foreign Affairs of Russia (various departments), holds ten permanent researchers, including retired Ambassadors and former diplomats of the Russian MFA and Collective Security Treaty Organization and it is financed through the budget allocated for the MGIMO by the Russian Ministry of Foreign Affairs.

CEAS publishes numerous analytical reports, collections of articles, collective monographs and organizes international conferences and seminars, including on peacekeeping matters for the representatives of the relevant structures of the Russian Ministry of Defense and Ministry of Internal Affairs responsible for training Russian military and police peacekeepers for the UN. In 2014, CEAS convened an international forum in Moscow on the role of Regional Inter-state Organization in Peacekeeping, during which consultations between the UN DPKO and CSTO were organized for the purpose of CSTO to contribute to UN peacekeeping in the future. CEAS translates Challenges Forum reports and material into Russian.

As a founding member of the Challenges Forum, Russia through the Russian Public Policy Centre hosted a Challenges seminar in 1998 on the ‘Challenges of Peace Support: Into the 21st Century’ in association with the Commonwealth of Independent States Headquarters and the Vystrel Peacekeeping Academy.