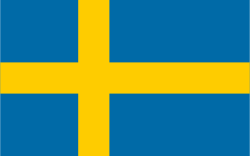 The Folke Bernadotte Academy (FBA), established in 2002, is the Swedish Government agency for peace, security and development, and has the overall mission to support international peace and crisis management operations. The FBA is part of Sweden’s contribution to international peace and security, and its efforts to improve the lives of people living in conditions of poverty and repression. The FBA recruits personnel for international peace operations led by the UN, EU and OSCE, and conducts training, research and policy analysis and development. Believing in partnerships, the FBA cooperates with a wide range of Swedish and international organizations. In 2003, the FBA hosted a Challenges seminar on the theme ‘Peace Operations and Counter Terrorism’. In 2006, the first UN DPKO workshop in support of the development of the Principles and Guidelines for UN Peacekeeping was held by the Challenges Forum and FBA, during which the ensuing workshop series was developed as a result of Challenges Partners volunteering to host various workshops on the themes required. In support of the Challenges Forum aims and activities, starting in 2003, the FBA hosts the platform for the Challenges Forum International Secretariat, which serves and coordinates the work and undertakings of the broader international Challenges Forum Partnership. At times and as required, partnership workshops or coordination meetings are held in Stockholm or New York.

The Swedish Armed Forces (SwAF) are Sweden’s ultimate security policy instrument. As such, the SwAF are on constant standby to undertake international missions and assert Sweden’s national integrity and to support Swedish society in the event of major crises. The Armed Forces, headed by the Supreme Commander, are accountable to the Swedish Parliament and Government. The Armed Forces central command is based at the Headquarters in Stockholm, which includes the Joint Operations Command. The mission-based organization, including Home Guard units, contains some 50 000 individuals. Sweden cooperates within the framework of UN, EU, NATO and OSCE and deploys personnel in support of those organizations. In 1997, the Swedish National Defence College hosted the first Challenges seminar on ‘Challenges of Peacekeeping and Peace Support: Into the 21st Century’, and the Challenges Forum International Secretariat 1997-2002. In 2013, SwAF and the USI India co-hosted a workshop at the UN Regional Service Centre in Entebbe on the theme: ’The Art of the Possible: Peace Operations Under New Conditions – A Dialogue with the Field Community’, the findings of which also informed the report ’Designing Mandates and Capabilities for Future Peace Operations’.

The Swedish Police (SP) contributes to and participates in development cooperation and international peace operations. The SP cooperates with police organizations in post-conflict and developing countries and deploy police officers to peace operations within the frameworks of the UN, EU and OSCE. The SP assists in the development of effective police services that work in support of human rights, rule of law and gender equality. Sweden deploys police officers to all parts of the world since the 1960’s. The SP also contributes to development of peacekeeping training by running international training courses and supporting the development of peacekeeping training capacity in other countries. The SP is engaged in policy development for peace operations with a particular focus on policing and the rule of law. The SP has participated since the beginning in the Challenges Forum and played critical roles in the hosting of the Challenges Forum Police Forum in cooperation with the UN Police Division in 2011, by providing the police dimension in the development of the Challenges Forum study ‘Considerations for Mission Leaders in UN Peacekeeping’ and in the support of the development of UN Strategic Guidance Framework for International Police Peacekeeping.

The Swedish Prison and Probation Service

The Swedish Prison and Probation Service (SPPS) is commissioned to work abroad to the extent which has been decided by the Swedish Government at the request of the United Nations, European Union or other international organizations for the purpose of creating prerequisites for lasting peace and security. SPPS has actively supported UN and EU peace and capacity-building operations since 2005, when the first corrections officers were deployed. Since then, the SPPS has seconded professional corrections officers with a variety of skill sets, including alternative sentence experts, prison health officers, security management officers as well as trainers and mentors to missions in Liberia, DRC, Haiti, South Sudan, the Ivory Coast, Iraq and Kosovo. The SPPS has actively contributed to the Challenges Forum since 2006, raising the corrections profile in the international peacekeeping community and in particular for the benefit of the development of the Challenges Forum study ‘Considerations for Mission Leadership in UN Peacekeeping’.