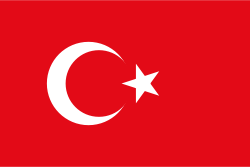 Center for Strategic Research, Ministry of Foreign Affairs in cooperation with the Armed Forces and National Police.

The Center for Strategic Research of the Ministry of Foreign Affairs of the Republic of Türkiye (SAM) is a think-tank and a research center which conducts and helps conduct research, and organizes scholarly events relevant to the spectrum of Turkish Foreign Policy in ­cooperation with both Turkish and foreign academicians, its counterparts from around the world as well as various universities and Government agencies. SAM provides consultancy to the foreign ministry departments as well as some other state institutions in foreign policy issues while also establishing regional think-tank networks.

SAM was established in 1995 as a consultative body chartered by law. SAM is situated under the Ministry of Foreign Affairs, and its chairman is designated with the equivalency of Director General in ministerial structure. SAM Chairmanship is offered to and accepted by experienced Turkish academicians with a distinguished record of studies on international relations. SAM has a widening range of publications: its principal publication, ‘Perceptions’, is a quarterly English-language academic journal that hosts the peer-reviewed articles of distinguished Turkish and international scholars within its pages. SAM also issues ‘Vision Papers’ expressing the views of the Turkish Foreign Minister, and ‘SAM Papers’ covering the current debates of foreign policy by various scholars.

Türkiye was a host for the CAF 2017 in Istanbul, which served as a first step to revise and update the ‘Considerations for Mission Leadership in United Nations Peacekeeping Operations’

In 2003, Türkiye through SAM in cooperation with the Turkish General Staff Partnership for Peace Training Centre, the General Directorate of National Police (EGM) and the Bilkent University, hosted a Challenges seminar on ‘Challenges of Change: The Nature of Peace Operations in the 21st Century and the Continuing Need for Reform’. In 2006, Türkiye enabled the inclusion of Challenges research findings in the report of the UN Special Committee on Peacekeeping Operations.